Hoka shoes have been in the market since 2009. And from the initial phase, they were a hit. If you are someone who has to run a long way, then a pair of Hoka is the best choice for you.

Currently a subsidiary of Deckers Outdoor Corporation, Hoka One One designs and markets Hoka’s shoes. These shoes are best known for their oversized outsole and extra cushions. People have said it to be one of the most comfortable shoes on the market.

So, let us find out who makes Hoka shoes. But before that, a brief introduction to Hoka is important.

What are Hoka Shoes

Hoka is a French shoe brand. Hoka One One manufactures Hoka shoes, a subsidiary of Deckers Outdoor Corporation. In 2009, the founders of the brand designed a shoe model that would allow people to run downhill faster. As a result, they created Hoka shoes.

Hoka shoes have an oversized outsole. It helps to create more friction, especially while running downhill. They also made these shoes of lightweight material. So it is pretty easy to run in them.

Ultramarathon runners first liked Hoka. Later on, they got famous among other runners for their extra signature cushion and lightweight features.

Hoka One One Company manufactures Hoka shoes. Deckers Outdoor Corporation acquired it in 2012. They make Hoka shoes in France, Vietnam, and Korea.

They founded Hoka One One company in 2009 in Annecy, France. It has been based in Richmond, California and its corporate headquarters are currently in Goleta, California. Apart from Hoka One One, Deckers Outdoor Corporation is home to UGG, Teva, Sanuk, and Koolaburra brands.

Deckers Outdoor sells its shoes in over 50 countries. Its products are Footwear, apparel, and accessories. Its revenue is over $2.5 billion worldwide.

We have found out who makes Hoka shoes. Now let us learn their history and some other facts about these shoes which are very important.

The History of Hoka Shoes, Hoka One One, and Deckers Outdoor Corporation

Hoka One One is a French company founded by Nicolas Mermoud and Jean-Luc Diard in 2009. Later on, in 2012, Deckers Outdoor Corporation acquired the company. Now, Hoka One One operates under Deckers Corporation as a subsidiary.

These brands make different types of footwear. Under the leadership of Deckers Outdoor Corporation, Hoka has been doing really well. Hoka recently reported year-over-year sales growth of 95% in its latest quarter.

They made Hoka shoes to make running downhill easier. Now it is one of the most liked and preferable sports shoes for any athlete. People have dubbed the shoe brand to be the most comfortable to run around in. Hoka One One sells Clifton 8, Bondi 7, Rocket X, Speedgoat 4, Arahi 6, Carbon X2, etc.

Almost all these shoes are available for both men and women. They last long, are lightweight, and have ultra-cushion stuffed in them. What more can one ask from a shoe brand?

So, Hoka One One under Deckers Outdoor Corporation makes shoe brands. Surely, both the parent company and the subsidiary company have been doing great in the market for a long time!

The Benefits of Hoka Shoes

The company makes shoes with so many specialties. They have been the number one choice for marathon runners and other athletes for their distinct features. Let us find out some benefits of these shoes.

These shoes are mostly known for having cushions inside. They are easy to run in and give our feet extra comfort and support. In fact, every model of these shoes cradles and cushions the feet.

These shoes are the best for running downhill faster. The founders designed them, keeping this very fact in mind.

Their oversized outsole gives better friction and footing for the feet. People who have to run a long way would find these shoes most useful.

The company made them with lightweight material. As a result, they are easy to run around in. Whether you are a runner or a bicycle rider or just simply looking for a shoe to walk in, Hoka shoes are really in for the job.

You can run for miles in your Hoka shoes. They are not only cloud-like and comfortable but also durable. With proper care and maintenance, these shoes are here to last a long time.

Are Hoka shoes really that great?

Hoka shoes are everything one can ever ask for shoes. All the models of this brand are very comfortable. They have consistently given high performance. It is easy to run in them as they are lightweight. They also have extra outsoles, which provide extra support while running down a steep slope.

What does Hoka Mean?

Hoka is named after the Māori language phrase. The phrase roughly means “Fly over the earth.”

Which Hoka shoe is best for long, speedy runs?

They designed carbon X2 for this kind of run. It has a lot of room inside and also has a secure fit. So it is comfortable to run a long distance. Its robust midsole gives smooth cushioned support without disrupting speed.

Hoka shoes are best known for having oversized outsoles. They have extra cushions in their midsoles, making the running super comfortable. They are also long-lasting and lightweight. Athletes, especially marathon runners, would find these shoes very useful. Many podiatrists also recommended them.

Hoka One One company makes Hoka shoes, a subsidiary of Deckers Outdoor Corporation. They are known for making some of the best footwear. They are popular for their durability, high quality, and comfort. Not only that, but they also come in many appealing designs.

However, this article tried to answer who makes Hoka shoes? Hopefully, the readers will find it informative and useful. 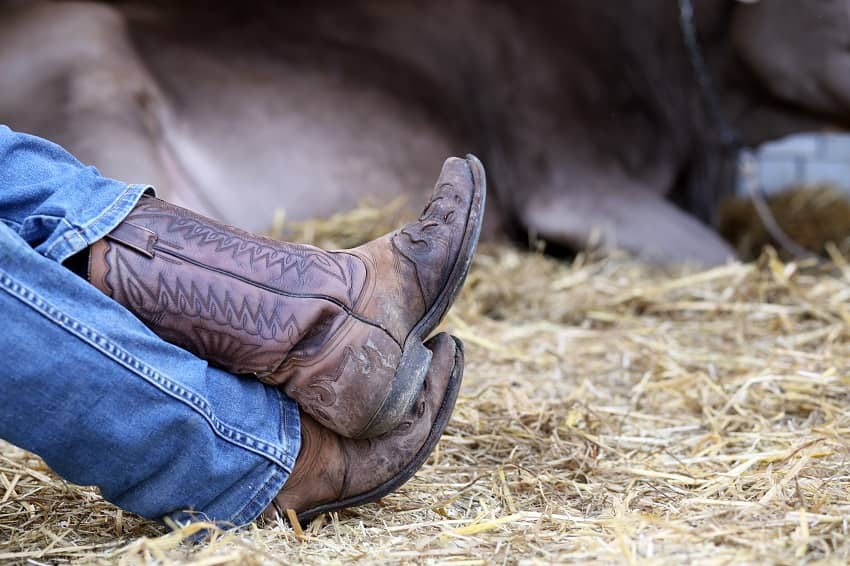 Welcome!
We started this website because we were passionate about brands and facts and wanted to share that passion with others. We believe that everyone deserves to have access to information about the brands and facts they love, and so we work hard to provide that information.